40 Megawatt Solar Farm Active in Kuna, Largest in the Northwest

Previous Next
40 Megawatt Solar Farm Active in Kuna, Largest in the Northwest

KUNA, Idaho – The northwest’s largest solar farm is now active right here in the Treasure Valley. Today officials dedicated the Solar One project in Kuna. It’s a project years in the making, solar panels stretching as far as the eye can see covering 563 acres in Kuna.  Officials say it’s been pumping juice to the Idaho Power grid since mid-august.

“We started in the dead of winter so it was a little chilly but it took 3 and half months to build and 95 percent of our labor is local,” explained Byron Lamon of DEPCOM Power.

Project leaders say the solar farm is made up of over 174,000 solar panels that can generate 40 megawatts, enough to power 9,000 homes for 25 years. 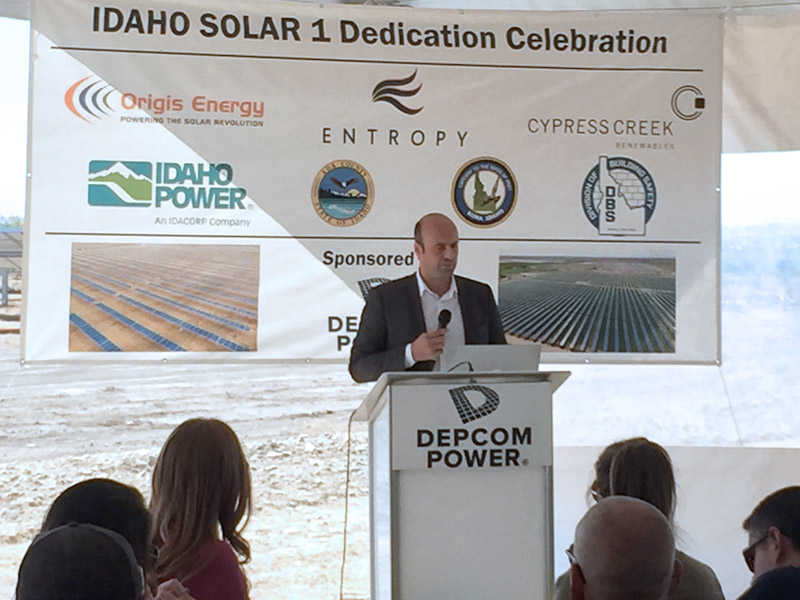 Samir Verstyn of Origis Energy at the opening of the Solar One solar farm in Kuna, Idaho.

Find out more or adjust your settings.

This website uses cookies so that we can provide you with the best user experience possible. Cookie information is stored in your browser and performs functions such as recognising you when you return to our website and helping our team to understand which sections of the website you find most interesting and useful.

Strictly Necessary Cookie should be enabled at all times so that we can save your preferences for cookie settings.

If you disable this cookie, we will not be able to save your preferences. This means that every time you visit this website you will need to enable or disable cookies again.

This website uses Google Analytics to collect anonymous information such as the number of visitors to the site, and the most popular pages.

Please enable Strictly Necessary Cookies first so that we can save your preferences!